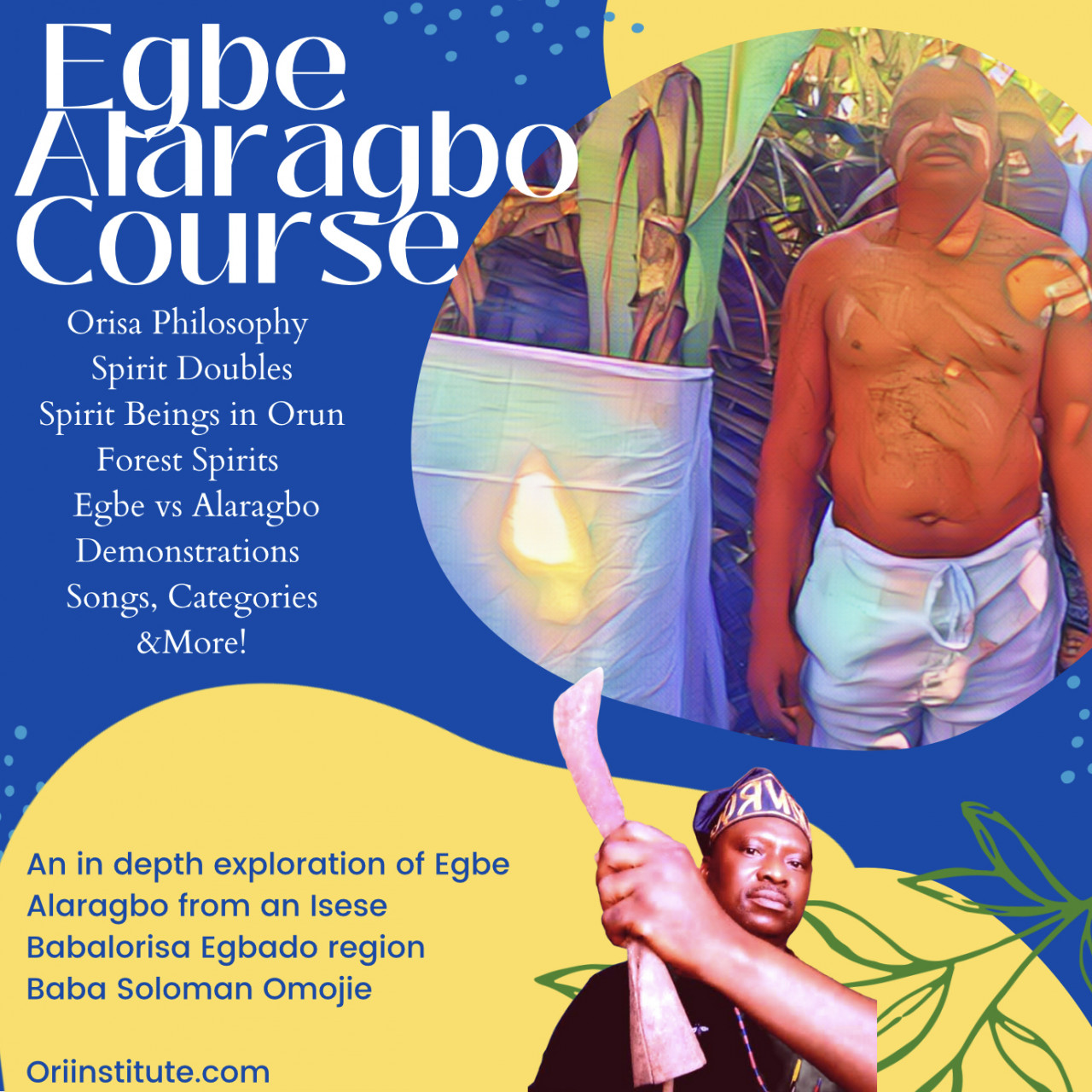 Egbe Alaragbo is one of the fasted growing African priesthoods in the diaspora. It’s one of the missing links in Orisa worship as it provides cultural and spiritual understanding of the realm of Orun as well as the spiritual beings in the invisible realm. It provides context in our own understanding about ourselves and our purpose on Earth. Many problems experienced by people in the west are easily resolved through Egbe. This course will open up your spirituality and provide knowledge on the Alaragbo mysteries . Gain insight into our connection to our spiritual clans which will help bring deeper understanding to who we are and why we are here.
The information presented is a must know for Orisa priest and a great foundation base for general Orisa devotees. This material used to be available for priest only but due to the need to share valid knowledge on the Orisa, it is now available for all who seek knowledge about  Isese traditions.  This class is a part of the Orisa Master Class series and especially designed for Orisa devotee.

The course will include :
A  lecture by Babalorisa Soloman Omojie
A comprehensive pdf booklet including detailed notes to accompany the lecture material.
Oriki and stories for Egbe
Odu verses from Erindinlogun
Avatar / Clans of Egbe and Categories
Mysteries of Alaragbo
Demonstrations on working with Alaragbo shrines

and more.
Opportunity to participate in an exclusive WhatsApp group  with the instructor where you can engage with other students and ask questions. The WhatsApp groups with this lecturer has proven to be highly valuable . The level of information doubles the information . Get all questions answered as he is very detailed and generous with answering questions from priests and devotees.

The course will run for a limited time of 8 weeks and then it will end. This will  allow  people time to listen  to the pre recorded  lecture and engage with the instructor for questions and comments.
Course will run from December 16, 2022 February 15, 2023 Early enrollment allows for more access to instructor and group conversations. The later the enrollment, the less access to conversations. 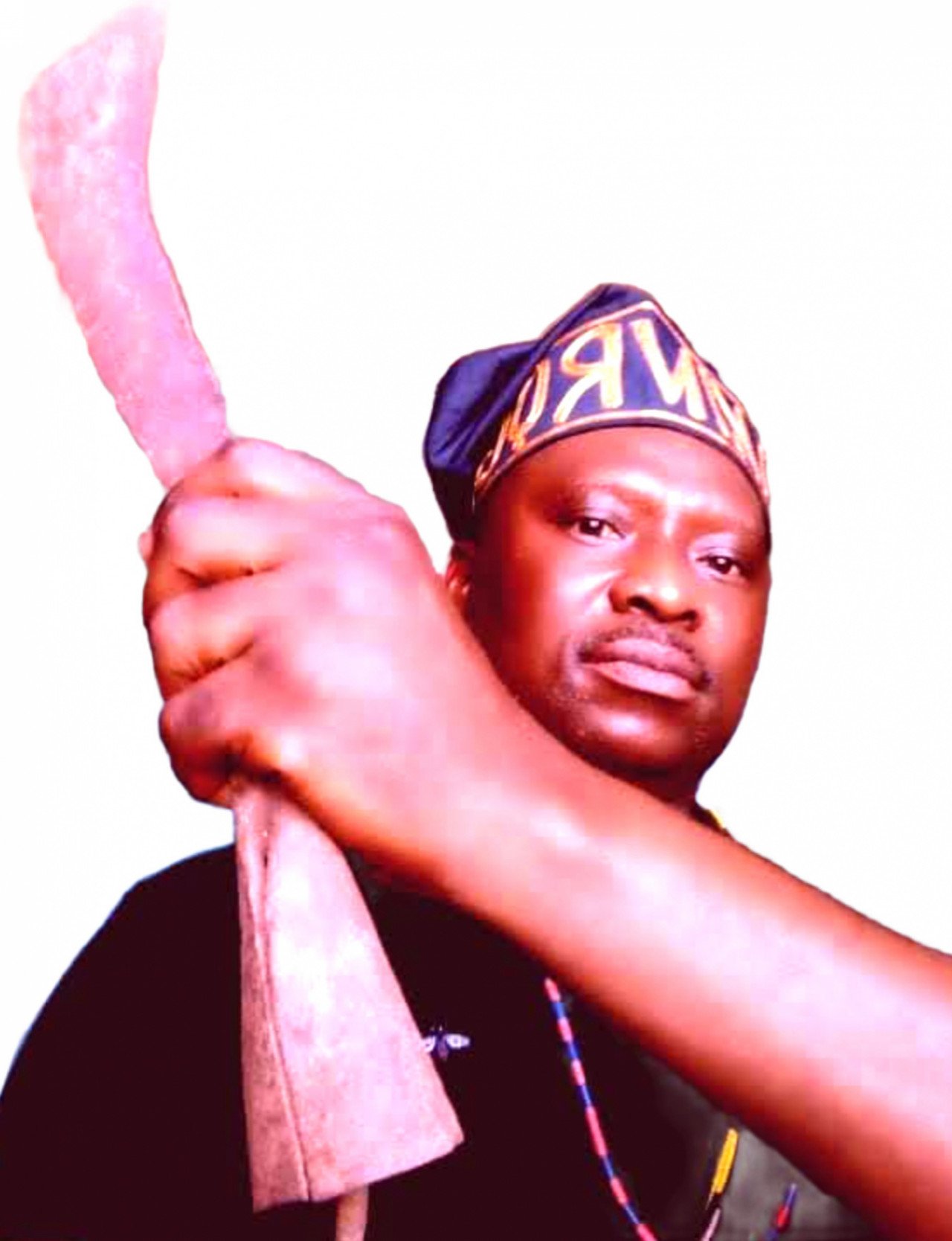 Baba Solomon Omojie  is an Ika and Yoruba priest living and working in Nigeria. He was born into a family that has been cultivating Olokun in the Edo tradition for the kings of Owa in the Delta state in Nigeria for over 500. years and initiated to Olokun at 12 years old. He holds many titles across Nigeria. He is initiated to Yemoja and Osun by Olukunmi Egbelade, the Baale Yemoja of Ibadan and holds the title Amoja (sash holder) there. He has also initiated to the Orisas Obatala, Orisa Oko, Obaluaye, and Oya. He is a Baba Egbe having undergone Egbe initiation in both Ibadan and Ilaro. He is an Egungun priest, Onigelede (initiated in Ilaro by Olori Agberu Gelede and an Apena of Ogboni and Asugbo. He holds the title of Idion in Osakpeka society of the Edo/Delta people. Baba Solomon has studied Merindilogun and ritual practice with many great Babas and Iyas including the Baale Yemoja of Ibadan , the Iya Yemoja from Iseyin , the Iya Omo Meji Sango of Oyo, Olori Agberu (head of both Gelede an Egbe) of Ilaro, as well as Muajero, the Oluwin of ibadan, the Iya Osun of Inisha and Iya Ayo, the Olori Olorisa of Iseyin. While teaching, he also continues to study with his elders.

Solomon holds a postgraduate degree in Criminology from Obafemi Awolowo University and is currently enrolled in a master’s degree program in the same field. He has extensively studied and practiced martial arts and Hindu tantra where he has undergone initiation and taken vows. Additionally he has initiated as a priest of Kunga in the Republic of Cameroon and as such he brings a wealth of cross cultural knowledge and understanding to his role as a teacher, scholar and priest.